The times they are a-changin' for the WPS agenda too 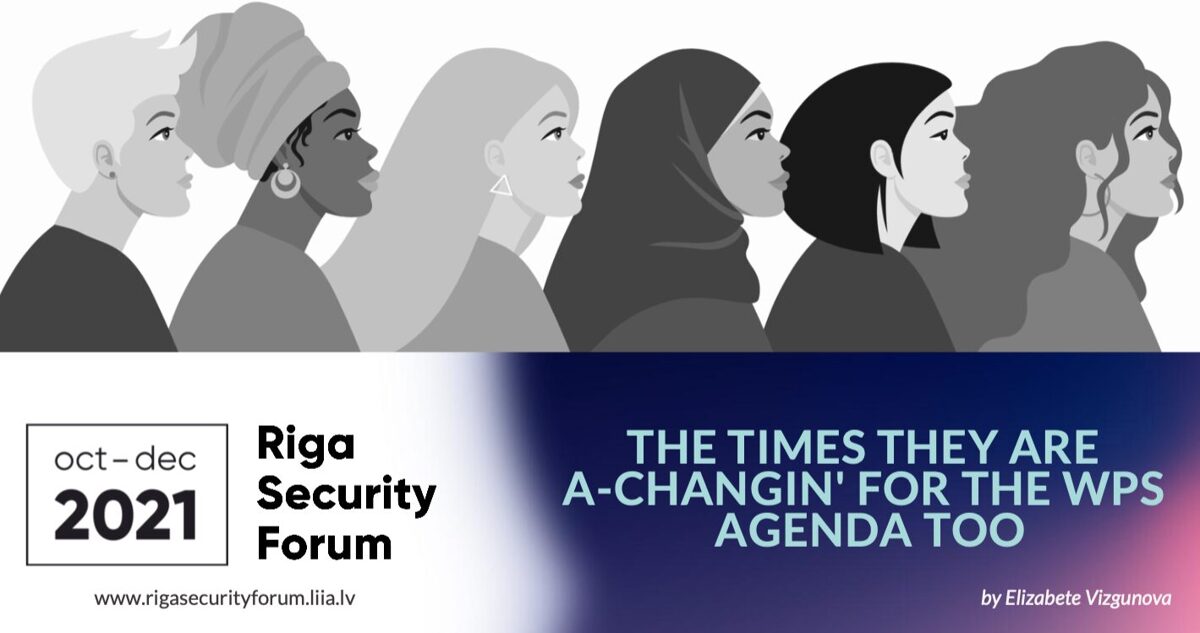 Last year, the 20th anniversary of the UNSCR resolution 1325 on Women, Peace and Security (WPS)  was celebrated wide and far.  Global discussion panels, gathering most revered experts in the field of studies bridging gender and international relations, conflict studies, peacebuilding, and other fields gathered to pin down the most important challenges for the implementation of the WPS agenda.  The agenda reaffirms the role women play in conflict prevention and resolution, peacebuilding, peacekeeping, humanitarian response, and post-conflict reconstruction.  It seeks to ensure that women take their rightful place at the negotiations table.

Despite the momentum that the concept of gender security has gained internationally through this celebration, stakeholders on the ground remain disappointed with the progress made by the resolution. Among the most critical reasons for the failure of implementation of the agenda: the lack of funds, lack of monitoring and accountability, and lack of coordination of WPS across government bodies, as well as civil society, which plagues both countries actively promoting the agenda (but living in relative conditions of peace) and countries actively combatting violent conflict.  The reasons for the slow progress of the WPS agenda are not isolated to governmental factors. The awareness of broader populations is bounded by the absence of knowledge of the importance of inclusive peace processes. There is a limited understanding of WPS as a means to ensure sustainable peace for all. The importance of WPS for men gradually becomes recognized, as women cannot take the responsibility of tackling traditional norms and the marginalization of women alone.

However, the present times also indicate that the WPS agenda itself must become more responsive to the various challenges plaguing the globe. It is largely because of these reasons that the WPS should strive to incorporate more progressive elements into it and overcome the bounds of its mandate.  In fact, kept as it is, the WPS will soon be limited to only certain settings which denote "traditional conflict," which is becoming irrelevant in a world where new threats are emerging every day.

One task for the near future is to mainstream fighting climate change-related concerns in the WPS agenda. The understanding of the WPS is intrinsically linked to the concept of human security, which considers our food security, livelihoods, health, and access to wared and shelter as main components of security.  Therefore, it is impossible to separate the overarching aim for conditions where people of all genders are treated equally from the socio-economic dimensions that pertain so closely to the fight for maintaining ecology and against climate change. Climate change brings about displacement and an increasingly unjust repartition of resources, which eventually threatens to change our very understanding of peacebuilding and post-conflict normalization processes.  And this means that fighting climate change must be done in a gender-responsive way too, as both approaches envision to change society in a way to ensures a lasting adaptation of mindset and practice to the fast-evolving global context.

A clear stress signal is the onset of the global pandemic, inseparable from ecological challenges, creating unprecedented conditions for women's participation in the labor market. The GNWP database shows that Covid-19 underlines the need to build a more just, peaceful, and equitable society. The database documents the various issues affecting women in conflict zones, including increased gender-based violence, increased gender divide (in the labor market, digital, pay), to name only a few factors. Therefore, it is highly relevant that the international and national approaches to WPS factor in the unequal conditions set out by the global pandemic.

Another well know stress factor is migration flows, seeking shelter in more stable regions of the world. The agenda largely scratches the surface of the changes it could bring to the table if it would find ways to incorporate the voices of conflict-affected women fleeing violence. Whereas the WPS includes provisions pertaining to refugees, often, conflict-affected women remain on the periphery of this agenda.  This is largely because as soon as the women in question get transferred to zones free of conflict, they are excluded from the outreach of the WPS agenda. This would require a systematic approach of countries that would address the vulnerability of such women, incorporating the provisions of WPS in their national asylum and migration frameworks.  However, this would also mean that the UNSC's permanent and rotating members have a special role in ensuring that the matter is raised to sufficient light.

In the near future, the WPS agenda will need to ensure that it stays relevant in the ever-changing security conditions of the globe. These conditions are likely to affect women and minorities more unfavorably. WPS will need to make a convincing case to include women even when the systemic challenges attempt to push them out of the public sphere, back into the private. In this way, the subject will no longer be trivialized as pertaining only to "women's needs" and become a viable tool in the hands of national governments to achieve sustainable, lasting change.